For over 50 years, ‘Le Taittinger’ has celebrated the art of French cuisine by recognising the talent of young chefs through an international culinary competition of the highest level. Over the years, this competition has become the holy grail for chefs from around the world who wish to focus on enhancing tradition and creativity. It showcases the effort, passion, profession and excellence of these masters of taste - the same values and spirit which are shared by the Taittinger Champagne House...

The taste of others

Pierre Taittinger, who founded the Taittinger Champagne House and grandfather to Pierre Emmanuel Taittinger, was a great lover of fine food. As deputy for the 1st arrondissement in Paris, near to ‘Les Halles’ market, he often let himself be guided by an aroma or the clatter of cutlery.

His interest in fine dining and his knowledge of French haute cuisine opened the doors of the ‘Académie des Gastronomes’ to him. This was founded by Curnonsky - known as ‘the Prince of Gastronomy’. In honour of his father, Claude Taittinger created the ‘Pierre Taittinger International Culinary Award’ in 1967, which became ‘Le Taittinger‘ in 2007. Its mission to celebrate and promote the excellence of classic French cuisine.

In 2018, the 52 nd ,for the second time in its history, ‘Le Taittinger’ was awarded to a japanese chef, Kenichiro Sekiya, one of Joël Robuchon’s mentees and Head Chef of Atelier Joël Robuchon in Tokyo. The second chef on the podium was the Swiss candidate Antony Maillet, second de cuisine at two-Michelin-star ‘Le Floris’ in Geneva. In third place came British chef Tom Scade, a sous-chef at The Ritz, London.

As a result, ‘Le Taittinger’ was once again enriched by numerous multicultural influences which help to increase the international recognition and excellence of French cuisine. Since 2009, ‘Le Prix Taittinger des Cordons Bleus’, has run alogside “Le Taittinger”, promotingtalented amateur home-cooks. This award showcases the talent of all those who love gastronomy and who, on a daily basis, work away in their kitchens at home, producing delicious meals for their families and friends. 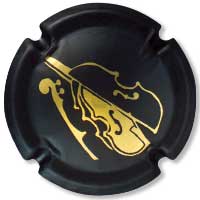 Great ideas, as well as their longevity, are often the result of great encounters.

One evening in 1996 during the grape harvest, Claude Taittinger (President of Taittinger Champagne at the time) invited Georges Prade (Commander of the ‘Ordre des Côteaux de Champagne’) to the Château de la Marquetterie. These two food lovers discussed, among other things, their love of cuisine based on natural flavours, as well as their fears about how gastronomy was evolving. Over a glass of champagne, they came up with the idea of an international gourmet competition as a challenge. It would be organised and judged by professionals and would celebrate cuisine which combined a respect for traditional rules with a certain level of creativity.

The idea quickly became a project, and then a reality in 1967, when the first competition took place. The prize would be called the ‘Pierre Taittinger International Culinary Award’ in homage to the founder of the family business, who had died the previous year. Pierre Taittinger, who was a deputy and President of the Paris Municipal Council, was recognised as a great gourmet food lover who followed the development of French Gastronomy very closely. Dining at his table was known to be one of the finest eating experiences in Paris.

The Award was simply destined to be prestigious. Soon after, some of the winning young chefs became stars in the profession; and the competition, which is challenging and synonymous for its high standards, quickly gained credibility.  It recognises the great talent of those who have complete mastery of a cuisine which is both classic and inventive. In 2007, when Pierre-Emmanuel Taittinger took back the reins of the Champagne House, the Award became known as ‘Le Taittinger’ in joint honour to a family tradition once lost but now thriving, and to the talented chefs who had for a long time called it ‘Le Taittinger’ amongst themselves.

Since then, the competition has continued to evolve. The jury, comprised of the greatest chefs is led today by Emmanuel Renaut, the 3-star chef of the ‘Flocons de Sel’ and a 2004 Meilleur Ouvrier de France award-winner. The 51st competition in 2017 recognised the young Swiss chef Tom Meyer, chef at the restaurant Hôtel de Ville in Crissier. At just 24 years old, he is the youngest ever winner of the ‘Prix Taittinger’! Today, this award is considered as one of the top international awards in the profession...

A book was published at the end of 2016 to celebrate the competition’s 50th anniversary. It retraces five decades of culinary development and human endeavour. Around fifty award winners from different countries have contributed memories and give us some insight of behind the scenes, as well as the challenges facing each contestant in their bid to compete. They reveal the secret to their success which lies behind the dish that elevated them to the top step of the podium. Presidents of the jury also contribute to these reflections, as well as assistants and other people who took part. Just like fine cuisine, the book is vibrant, cosmopolitan and human. (Author: Nadège Forestier; book is available to buy).

WANT TO FIND OUT MORE ?

The ‘Prix Taittinger’ is open to young chefs aged 24 to 39 with a minimum of 5 years’ experience and who are working in a kitchen. There are two stages: the national finals, which are organised in a number of countries where French cuisine is eminent, and then the international final.

At the conclusion of each national final, a jury comprising of top chefs decides on a chef who will go on to the Award final in Paris. The international Grand Jury is made up of chefs in charge of top restaurants in France and abroad, as well as presidents of the main chef associations and previous winners of the International Final of ‘Le Taittinger’. The ‘Prix Taittinger des Cordons Bleus’ is open to all and brings together finalists who compete in a challenge inspired by a home recipe...

Want to know more? Would you like to take part in ‘Le Taittinger’ for professionals, or ‘Le Taittinger des Cordons Bleus’ for amateurs? Click here...